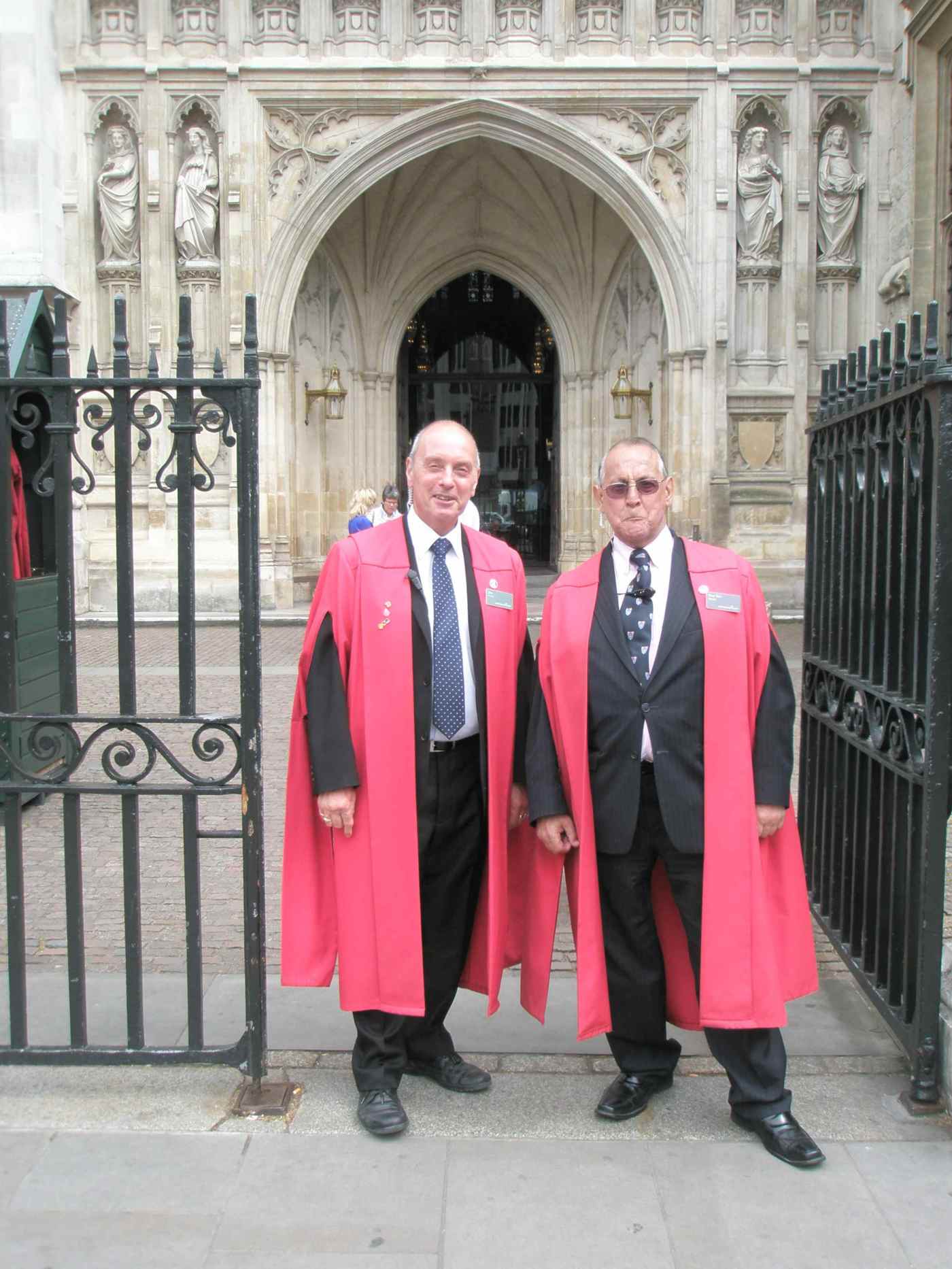 I was at Westminster Abbey today. You can’t take pictures inside the abbey, but two of the lovely marshals, John and Peter, let me take their photograph by the West Door.

The marshals are a friendly bunch. I haven’t guided the abbey for a while, and inside I enjoyed catching up with some old friends. I didn’t see the lovely Ben, alas. Ben is the verger who became famous around the globe last year when footage of him cartwheeling down the nave after William’s marriage to Kate Middleton was published. He’s a font of dreadful jokes. The choirboys pass him their old joke books when they have finished with them.

The abbey is being a little sniffy about the Jubilee celebrations. As they rightly point out, the coronation was fifty-nine years ago, and will be celebrated at the abbey next year. That hasn’t stopped them from cancelling evensong on Sunday which has raised a few eyebrows. It is after all a pretty important date in the Christian calendar. Rumour has it that the clergy are going to be in one of the boats making up the flotilla. Or maybe just in ringside seats. I’d like to see the choir, resplendent in their red outfits, on a barge singing Zadok the Priest and other music from the coronation. But I don’t think that’s going to happen.