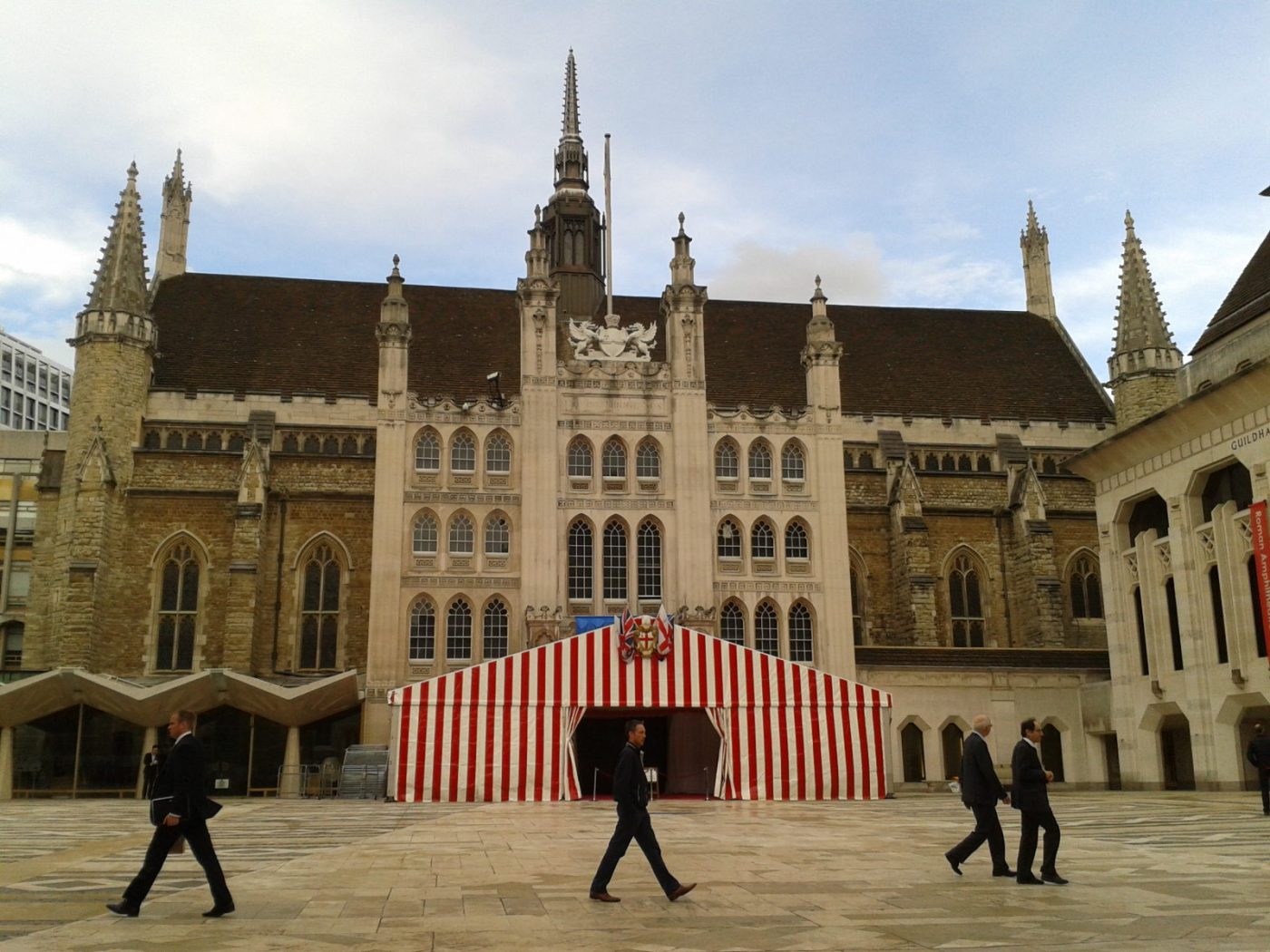 Well actually I don’t know yet. But I soon shall. It’ll be announced at a dinner held at the Guildhall, the seat of City government, slap bang in the middle of the Square Mile; site of trials, executions, and the awarding of the Man Booker Prize.

Last night the six nominees read from their novels at the Royal Festival Hall. I was offered a ticket at the last minute, and was one of those in the audience who fessed up to not having read any of the shortlist.

I had noted this piece in Saturday’s Guardian where each novelist explained the starting point of his or her nominated books.

All the writers read well. My friend Nicola, a voice coach, is always great company at these events (actually she’s great company anywhere), giving a insightful commentary on each performance. I particularly enjoyed Paul Beatty’s reading, and his was the only novel each of our little group of four were agreed we want to read.

Sitting in the front row, below the level of the stage, I was distracted by the amount of under thigh, encased in lacy black tights, exposed by Deborah Levy when she crossed her knees. I am confident in saying they were tights, as had she been in stockings her suspenders would have been on display. I should have liked to somehow tell her, advise ankle crossing instead, but I couldn’t think how.

Sara Pascoe, in role of host was as frustrating as James Naughtie, but in different ways. Her questions did little to enlighten the audience as to how or why the books came to be written. The best questions came from the floor.

Unusually, overall I preferred the novels by the men. Paul Beatty’s The Sellout was my favourite, and I also plan to read David Szalay’s All That man Is, GMadeleine Thien’s Do Not say We Have Nothing, and Graeme Macrae Burnet’s His Bloody Project.

2 thoughts on “And The Winner Is…”