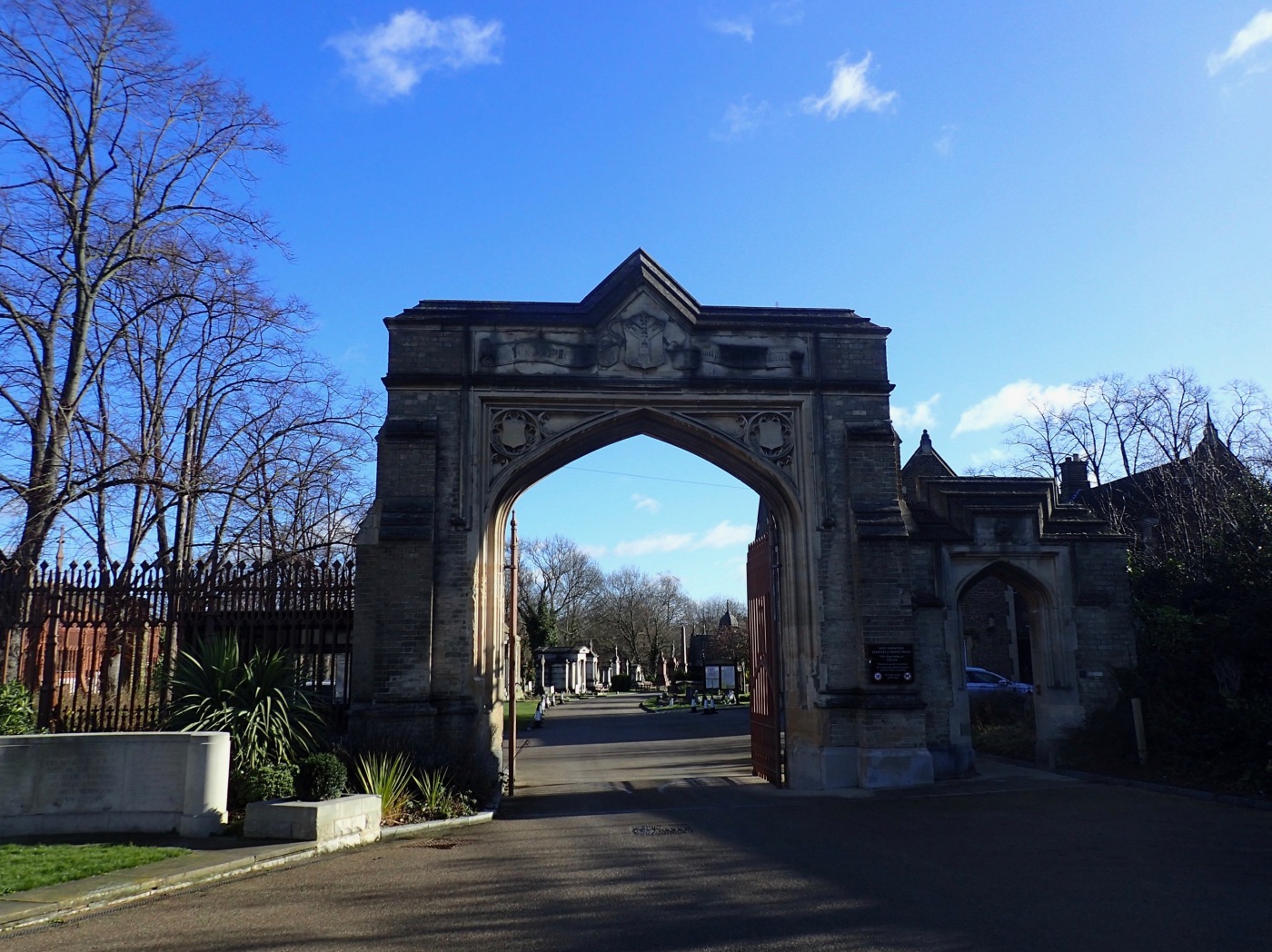 Being a professional Tourist Guide is a licence to be nosy. A licence to stop and stare. We are in storytellers; not tellers of untruths, but tellers of tales of real people, real places and real objects. I’m a trained journalist as well as a Tourist Guide, so it’s second nature to look at something and wonder what the story is behind it.

At the weekend I made a long overdue visit to West Norwood Cemetery, one of the original Magnificent Seven, nothing to do with Clint Eastwood et al, but seven large private cemeteries in London established in the 19th century to alleviate overcrowding in existing parish burial grounds.


I visited on a whim, so didn’t have any information with me, nothing about the famous and infamous dead or where their graves were, but with forty acres to explore on a bright cold morning I was happy to wander. Up by the crematorium and chapel I recognised this name, Charles Haddon Spurgeon.

If you have ever done my guided tour of the Elephant and Castle, you’ll have heard me talk about Spurgeon, the baptist preacher who took London by storm when he was still in his 20s. Somewhat inappropriately he was often referred to as the Pope of Newington Butts, his influence was so strong. His sermons were translated into several languages, published and widely read, and the Metropolitan Tabernacle that was his church is still at the heart of the Elephant, though damaged by bombing in the Second World War. Haddon died in Menton, France while on holiday, but his body was brought back to London where 60,000 people filed past his casket in the Tabernacle. He was buried at Norwood Cemetery on February 11 1892.

The chapel crowns the hill of the cemetery, and there are any number of fine tombs and mausoleum other. These twin mausoleums caught me eye, one is for the family of Henry Tate, the sugar magnate of Tate Gallery fame, the other for the family of potter Henry Doulton.

The steel man, Henry Bessemer who lived on Dog Kennel Hill, is buried at West Norwood too, and there are graves of other family members nearby.

I now know that in addition to those I stumbled upon, West Norwood Cemetery is also the final resting place of Arthur Anderson, co-founder of the Peninsular & Oriental Steam Navigation Company;
Paul Julius Baron von Reuter, founder of the news agency; Isabella Beeton, aka Mrs Beeton the famous cookery writer; who died at 28 in childbirth, and someone of whom I had never before heard,
Edith O’Gorman the “escaped nun”.

But I think my favourite headstone of all was this one:

I’m sure that today, Valentine’s Day, whoever chose that inscription is thinking of Arthur and listening to Tina Turner. Perhaps we should too.http://www.youtube.com/watch?v=mNU3aIJs88g

(Funnily enough, the current WordPress Photo Challenge is https://dailypost.wordpress.com/photo-challenges/tour-guide/, so I’m going to link this post.)